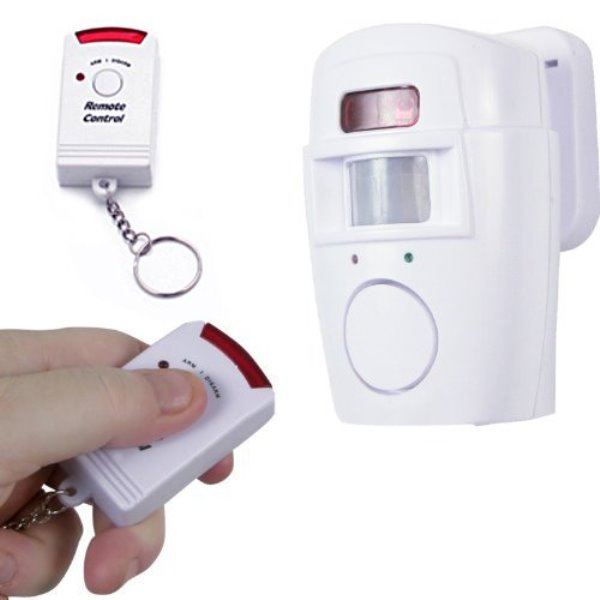 There was a time when a laser security system with additional motion sensors was something that only the rich could afford and no one knew how to install but the professionals. However, all that has now changed. Today, there are many security alarm systems available that use lasers and can adequately protect everything covering large or small businesses to acres upon acres of property. But have you ever wondered exactly what makes them tick?

How Laser Systems Are Put Together

Most home laser security systems are composed of two essential parts: An alarm and infrared motion sensors. Previously, the old-style laser system devices depended on connections wired to a keypad, making it necessary for the owner to employ special codes in order to arm and disarm the system. Since most laser alarm systems today are wireless, the units can be turned on or off using a wireless remote or, in some models, all it takes is a touch tone phone to activate or deactivate them from anywhere in the world.

The laser security alarm is basically a concentrated source of light that transmits a "pencil beam" of light that acts as a motion detector which will sound when a burglar or similar crosses its path.

The detector is created to be extremely sensitive to light and transmits electrical power when the laser light hits it. To create the perfect circuit around the entire house, the use of mirrors is often deployed.

The essential sensing component of a laser security system is an infrared motion detector. This functions by harnessing beams of infrared light so that it can sense the changes being given off by heat. When a burglar steps into one of these laser beams, the sensor reacts because it can feel the body heat that radiates from that person.

The key to making this laser system work effectively for you is to place the infrared sensors about in such a manner so as that the beams of light will cover the entire area, thus making impossible for anyone to enter the covered area without the sensor being set off.

The sensor, connected to the alarm unit by a wireless connection, will then send a message to the unit to alert the monitoring service that the customer bought the security plan from. They will, in turn, call the home and, if they do not get a response, then will proceed to call the police. The basic unit will further sound a very loud alarm.

You should know that lasers are quite different from other sources of light in several ways. For a security system, two features are vital. While if you are using a light bulb or carrying a flashlight the light will fan out, a laser beam remains a narrow beam. Also, laser light will always be just one color. Due to the fact that laser light doesn't fan out, it can be transmitted a long distance and still hold enough energy within that small space to set off the detector of the security system.

Plus, because it is one wavelength, a blocking filter can be installed on the detector which will permit the laser light to go through but will not allow background light onto the detector.

Because the direct laser light only travels in is a straight line, it would be possible for you to set it up to only cover the front of the yard. All you have to do is place the laser in one corner and the detector in another. But most people want more protection from their laser security systems than that.

Usually, you'll want to cover the perimeter of a room or at the very least all the entrances. That's why a laser system has a laser that points to a small mirror. That mirror is placed at such an angle so as to direct the beam to the detector. If the beam meets up with anything that blocks it anywhere between the laser and the detector, the warning signal will go out immediately.

You should know that the laser s﻿﻿ystems out there come in many configurations, with varying levels of performance. You can purchase one of those do-it-yourself kits and set it up so that it will either buzz or ring upon interruption of the laser beam.

The usual method is for the electronics to be rigged to an auto-dialer which connects to local police or a security monitoring company. One more trick that works quite well, is that the electronics can also be set up to cause the outer lights of the house to flash off and on, thus aiding police in locating the exact house where the alarm has gone off at.

There are a great many benefits from using a laser security system. One is the fact that they are easy to install and can be used either inside or outside the home with the same great results. This system can make a fantastic perimeter alarm to protect property boundaries.

It can also be used for swimming pools, where the laser system can be set up in such a way so as to sense when small children step to within a certain number of feet from the water's edge. Inside, the sensors use regular power outlets and telephone jacks in order to operate; outside, they can be placed underneath plants and will cause no harm to the lawn or flowers.

Unfortunately, laser security systems can still be very costly and this prevents many people from installing them. It's true that certain plans will permit a customer to simply use the system in one room, but if the plan is to protect great spaces of land or an entire house, it will be a lot more expensive and many potential customers just won't be able to purchase it. While employing a laser security system to meet your home security needs is an excellent idea that can protect your home and your loved ones, like all types of security systems you need to understand that it isn't foolproof.

What this means is don't overestimate the systems abilities and think that it's going to work like some magic trick to protect your property against anything and everything. But these systems can be most effective and are highly recommended.

Also, keep in mind when you make the decision to purchase a laser security system that you will probably have to pay a lot. If money is tight, then this might not be the way you want to go. However, in the long run, a little extra expense can go a long way toward keeping you and your loved ones safe and that surely makes it worth it.