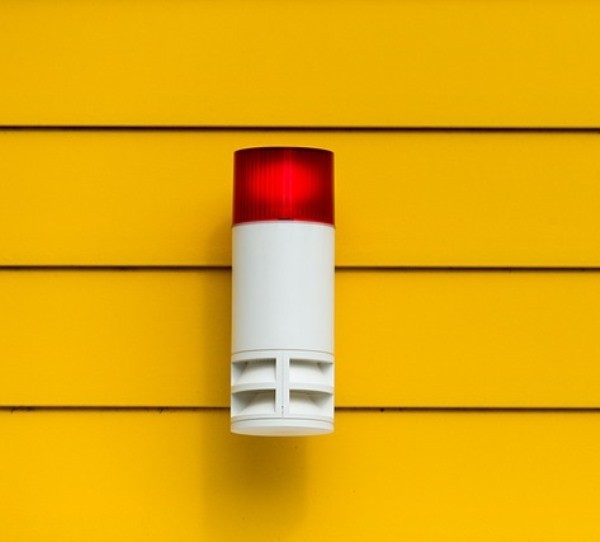 How Do You Choose The Best Alarm Siren For Your Home Security System?

If you've ever had that heart-jolting, stomach-sinking experience of coming downstairs in the morning and finding that an intru﻿﻿﻿de﻿﻿r has been in your home and robbed you while you were sleeping peacefully upstairs, then you have learned the hard way about the importance of having an alarm siren for your home.

Home security devices should have an interior siren, as well as motions sensors. Now beware, these alarms don't just make a lot of noise, they are LOUD! Actually, they are normally somewhere between 100 and 115 decibels (dBs).

To give you an idea of just how loud that really is, think of your outdoor power mower, a power saw or snowmobile running inside your home. Now that's loud! In most cases, intruders will tremble at a sound so earsplitting and they will surely run off vanishing into the darkness. The thing to remember is that most thieves aren't looking for a confrontation. They simply want to grab what they can as quickly as they can and get out. The sound of an interior siren going off when motion sensors detect movement, is guaranteed to send them running.

Once The Motion Detectors Are Breached And The Interior Alarm Goes Off, It Does Two Things:

1. It warns the robber that you, the neighbors, and the police now know where they are and what they are doing.

2. It allows you, the homeowner, to be aware that someone is trying to get into your house. Most interior sirens are operated by a battery (the batteries lasting about four years) and can be installed or mounted in foyers or hallways or other places that make it possible for the sound to be heard by anyone living in the house.

The sirens are composed of a control panel and what is called a spread spectrum. You can purchase them with two-way communication as well.

The siren is triggered by an internal motion detector and, once it goes off, continues to blare off and on until it is turned off.​

So, How Do You Choose The Best Alarm Siren For Your Home Security System? Well, Here Are Some Of The Things You Should Look For When Purchasing An Interior Siren:

Things to Look for in an Alarm Siren

Remember That Your Alarm Siren Is An Integral Part Of Any Type Of Home Security System That You Have Installed And That It Is Essential That It Can Be Paired Together With Other Home Security Equipment Like:

It's also worth mentioning that once you have your home security system installed, there should be continuous monitoring to be certain that if a burglar tries to break in an alarm is automatically received at a Customer Monitoring Center and there is a trained security professional present who will let you and the police know immediately what has happened.

Some Extras to Work With Your Interior Alarm

They kick into action when temperatures become dangerously low in the winter and alert you so as to keep accidents like bursting pipes and other types of low-temperature mishaps from occurring. They will do the same with heat sensors that let you know when the temperature is dangerously high so that you can respond and ensure that family members and your pets aren't going to suffer from extreme heat.

There is also flood alert security that will help prevent your home from being damaged if there is a flood. The instant an alert is received from your home security system, there is a trained professional on standby who will let you know as soon as possible so that you can do whatever is necessary to try and prevent any damage from occurring.

All of these alarm systems should work conveniently and correctly with your installed alarm siren and security system, without interruption and without interfering with the operation of the system in any way. While, of course, they aren't as necessary to have as the interior alarm system, you should still consider installing them because they are just other ways of protecting your home.

You will be given a code for the security system and can turn it on and off at will, but still, that isn't always as easy as it sounds. If this is your first home security system and your first alarm siren just keep in mind that accidents do happen and you are probably going to make a mistake and set off the alarm at least once before you get the hang of operating the system properly.

While you should be careful not to do this, forgive yourself if it does happen and simply try to do better in the future. All you can do—and above all—is not give up on your home security system and interior alarm because you are now afraid to use it.