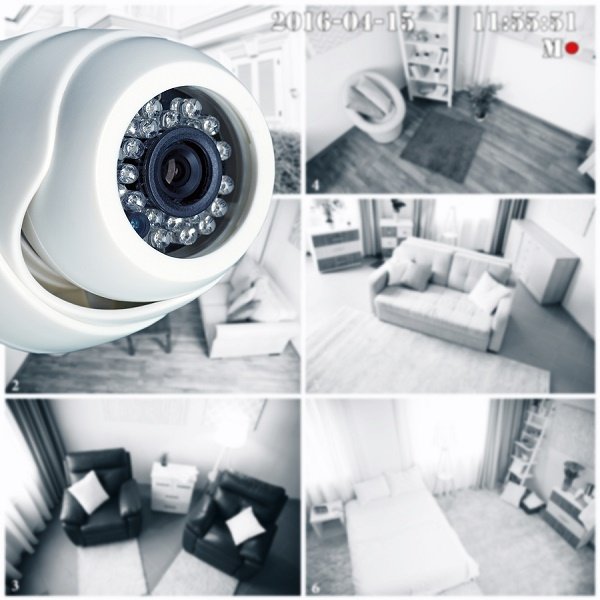 Studies in recent criminal history suggest that homes without a security system are 2.7 times more likely to be burglarized than homes that are protected. The Presence Of Security Surveillance Cameras With Motion Detectors On A Property Sends Two Powerful Messages To Would-Be Intruders:

2. We have video history of your activities to take to the police

Most burglars tend to bypass a home if they believe they lack the tools or the skill to perpetrate a crime without getting caught. It is far easier for a burglar to seek out a softer target than to try to untangle themselves from a botched attempt after an alarm is triggered or, worse yet, they are recorded on video.

According to a study conducted by the University of North Carolina at Charlotte’s Department of Criminal Justice and Criminology, approximately 60% of convicted burglars said, "The presence of a security system influenced their decision to target another home."

Little wonder that security surveillance cameras with motion detectors are a hit with homeowners, property managers, and building tenants. Over the last two decades, surveillance cameras have made significant strides in design capability, ease of installation, and user accessibility. Cameras are available in a smorgasbord of options, ranging from permanent wall-mounted devices that cover larger areas to mobile wireless options that can be relocated to anywhere within WiFi range.

One of the more popular co﻿nsumer choices in 2017 is the motion activated surveillance camera. This design style enables the device to conserve time, energy, and digital storage space by recording activity only when motion (actually heat) is detected.

If you are thinking of beefing up your home security system this year—or you are new to the game but want to increase your peace of mind when you leave the house—have a look at 2017's top five best motion activated security cameras with motion detection.

This motion activated surveillance camera sells at the rock bottom listing of $39.99 and offers quality surveillance capability for the conscientious homeowner. The Device Records In 720p HD And Comes Equipped With The Following:

This camera is perfect for the budget-minded homeowner/tenant who wants to protect home assets without being burglarized in the checkout line.

This state-of-the-art iBulb device offers bird's eye surveillance capability in a brilliant camouflage design. It is able to affix to any existing light bulb outlet and captures surveillance video undetected. To be sure, the sight of a surveillance camera alone mounted on the front porch is likely to raise doubts in the mind of a burglar.

What would a surveillance camera that flooded the area with light while emitting a shrill alarm do to his confidence? The pricing of this device is a bit higher than others, but the payoff in the potential deterrent effect is obvious.

This small, sleek surveillance camera uses a heat detecting motion sensor, which is more accurate than traditional pixel comparison used in many other cameras. The battery lasts up to ten days on a single charge, but the unit can also be plugged in or hardwired for continuous use. This motion-activated camera is limited to indoor use but makes up for the limitation with its clever camouflage design. Why camouflage a surveillance camera when the intent is to frighten would-be criminals?

Because a hidden camera serves as a good supplement to a holistic surveillance system. While clearly visible cameras are proven to deter entry by a criminal, a hidden camera disguised as a fire alarm would likely give an intruder a false sense of security if they were clever enough to evade initial surveillance detection, giving police time to respond and make an arrest.

The average burglary takes 8-12 minutes. Since burglars are preoccupied with leaving as soon as possible to avoid apprehension, few would notice that they are being video recorded by a fire alarm. The Device Comes With A Plethora Of Additional Benefits:

This device would be a great addition to any existing surveillance program, allowing a full range of deterrent options when combined with visually prominent units on the exterior of the premises.

Studies show that the average burglar lives just two miles from their intended target. This tendency gives the burglar an opportunity to observe the behavior and typical routines of the home or business owner to maximize chances that the crime will be perpetrated when the occupant is absent. Surveillance cameras provide a continual deterrent to home intrusion no matter what the occupant’s routine happens to be.

As an added benefit, motion-activated surveillance cameras offer a frugal option for the conscientious home or business owner, both in terms of energy consumption and video storage requirements. Do not wait for your home to be targeted. Consider purchasing one of the five options above (or a combination of devices), to secure your home or business against theft and violent crime.